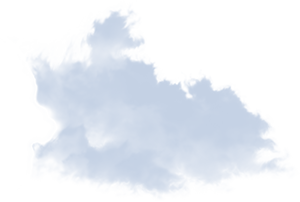 Tales From My Wondrous Journey

Here’s what I did, every year on my birthday.

I’d close my eyes and make the following wish in my mind:

“Eternal happiness for everybody, including me.”

Then, I’d blow like mad to get those candles out. I didn’t usually have any trouble extinguishing all the candles (except for one time when my brother installed fake ones that wouldn’t blow out.)

You were also supposed to keep your wish secret afterwards, and I scrupulously observed this rule for many years. Finally, Dewey, one of my neighborhood buddies, pressed me hard to reveal my wish. Since I’d kept it secret so many other times, I didn’t figure it would hurt to let it on just once. I told Dewey I wished for all of us to be happy all the time. He was flabbergasted. “I know you want a BB gun and a bike,” he said. “Why didn’t you wish for one of those? You shouldn’t waste your wish on something like happiness. And besides, nobody can be happy all the time.”

I explained to him that I always wished for happiness because if I was happy then it wouldn’t matter if I got a bike or didn’t. I also explained my theory about being happy all the time: If you’d ever felt happiness, even for a second or two, it meant that you could feel happy all the time. It was just a matter of tweaking the machinery. The budding philosopher in me had already thought this through.

I remember Dewey muttering something about me being out of my mind. I couldn’t argue with that, but unlike him, I didn’t think it was necessarily such a bad thing. If he and other people were securely in their minds—and they weren’t happy and didn’t think it was possible to be happy—maybe being a little out of your mind could be useful.

The “Dewey” barrier is probably the first one you’re probably going to run into if you decide you want to be happy all the time. Someone will step up and tell you it just isn’t possible. The person who tells you this is very likely not to be a happy person, so if you can muster the courage, I suggest that you not take the advice. Taking advice on happiness from a person who’s not happy is kind of like getting advice on being a vegetarian from a person who’s munching a cheeseburger. I didn’t take Dewey’s advice or anybody else’s and I’m glad. I have some more to say about this whole problem later.

For now, though, let me say this: There are some of you who are determined to be happy all the time. You don’t care whether other people think it’s possible. You think it’s possible and you’re bound to find out if you can do it. You’re my people.

An Expert Is Born

Another childhood memory: I’m holding my mother’s hand, walking along a street in the sleepy Southern town where I grew up. Mom stopped to talk to Mr. McGill, an elderly man whom I had seen several times but never officially met. After introductions, he stooped down to ask me the big question.

Without hesitation I reply, “An expert!”

I remember being surprised that he and my mother burst into laughter. I was serious.

“An expert in what?” he asked.

“It doesn’t matter,” I said. This triggered another gale of laughter.

I can be reasonably sure about the details of this story because my mother was a newspaper columnist who immortalized these utterances (and many others) in print. After we departed from Mr. McGill, my mother asked me how I’d developed this lofty career goal.

I had become interested in being an “expert” because of watching a man in a tie during a visit to my mother’s newspaper office. School was near her office, and I’d often stop by after it let out to see if she was finished for the day. One afternoon I was sitting near her desk, waiting for her to finish typing, when I noticed an unfamiliar man. Nobody ever wore ties in my mother’s office, and the first thing that caught my eye was his tie and his crisp, white shirt. In the heat and humidity of Central Florida, crisp and shirt are two concepts that usually do not occur together.

There was something about his manner, too: He was moving around the office in a brisk, purposeful way, in sharp contrast to the ambling gait favored by the natives. I asked my mother who he was and what he was up to. She was busy typing and simply said he was an “efficiency expert” from the home office, here to help the newspaper work better.

Something about his movements enthralled me, and I remember watching him carefully as he went about his work. He would stop at one person’s desk, engage in a brief conversation, then move on to talk to another person. After he moved on, the person’s energy would seem to pick up, as if the expert had transmitted something that immediately affected his or her behavior. I think it was the first time I realized that ideas and words, if they were focused and clearly expressed, could immediately change someone’s behavior. To my young mind, that seemed like a game worth playing.

When I got to be a teenager I forgot, at least on the conscious level, about my quest to understand happiness. I fell into the usual teenage concerns about cars and pimples and whether girls liked me. It took me well into my twenties to wake back up to the life purpose I’d set in motion when I was a kid. Once I got re-focused on understanding how to be happy, though, I haven’t thought about much else besides happiness and love, which I started wanting to learn about in my twenties. I succeeded beyond my wildest dreams in figuring out both of them. I’ve been blessed with an abundance of love and happiness, and although I worked diligently on learning about both of them, I feel like I had a good measure of luck as well.

So, there are two things I feel qualified to speak about as an expert:

These are two of the most important things in life, and yet for some reason we get almost no education in them in our schooling. I had to accumulate my expertise in the rough-and-tumble school of life, through the process of making mistakes and learning from them. I had learned enough about happiness by my mid-thirties that I was able to get happy and stay that way. I had also learned enough about love to attract a fabulous woman and stay deeply in love with her for the past forty-some years. Even though I’ve done lots of other things others might consider important, the two things of most value to me are the happiness I feel and the love I share.

This website uses cookies to improve your experience while you navigate through the website. Out of these, the cookies that are categorized as necessary are stored on your browser as they are essential for the working of basic functionalities of the website. We also use third-party cookies that help us analyze and understand how you use this website. These cookies will be stored in your browser only with your consent. You also have the option to opt-out of these cookies. But opting out of some of these cookies may affect your browsing experience.
Necessary Always Enabled
Necessary cookies are absolutely essential for the website to function properly. This category only includes cookies that ensures basic functionalities and security features of the website. These cookies do not store any personal information.
Non-necessary
Any cookies that may not be particularly necessary for the website to function and is used specifically to collect user personal data via analytics, ads, other embedded contents are termed as non-necessary cookies. It is mandatory to procure user consent prior to running these cookies on your website.
SAVE & ACCEPT